Meal-a-Day works in partnership with communities on the ground and well-established organisations which share a similar work ethic and objectives to us. 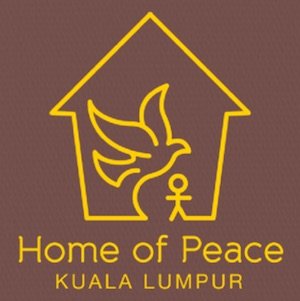 The Ayries Society clinic is situated around an old port town in the district of Cuddalore in Tamil Nadu, in south-east India. Cuddalore, meaning “sea town” in Tamil, is well renowned for its impressive beaches and mangrove forest; yet, in recent times, industrial growth has tarnished this image with that of a polluted city, slowly taking its toll on the local community. TB and HIV/AIDS are two critical conditions suffered by the local population. In October 2011, the Times of India reported that one in four deaths among people with HIV/AIDS was due to TB.

One focus in Cuddalore is to provide nutritional and medical support for TB patients and their families who are physically unable to help. The Society has had notable success in treating hundreds of patients with TB, through a programme known as Directly Observed Short Course chemotherapy. The food services include adult nutrition programs and cooked meals and dates for children.

Another focus is the People Living with HIV/AIDS (PLHA) program. It provides essential support to affected families. In order to receive antiretroviral treatment for HIV an individual must, after their initial treatment, be able to be released to the care of a trained guardian supported by Ayries. Under the PLHA nutrition programme, the Society provides food ingredients and advice to those beginning anti-retroviral treatment.

The partnership with Ayries Society was originally established with the UK Meal-a-Day Fund – we have been pleased to continue the working relationship since it was transferred to Asia-Pacific in 2007.

Safe, accessible drinking water for people and livestock is being provided through well replenishment and construction, rainwater harvesting and education about sanitation and hygiene. Improved farming practices are being encouraged through the establishment of sustainable irrigation systems, the promotion of water saving devices and educating people about ways to increase farm productivity by working in harmony with the land. Local communities are involved in the projects through committees and self-help groups.

The long-term goal is to develop and increase food and fodder production and increase the capacity of people to generate a livelihood. The project approach is holistic, emphasising the social as well as the technical aspects of development.

Our project partner, WaterHarvest, is a well recognised NGO which is dedicated to improving the lives of those in Rajasthan and Madhya Pradesh. They run a range of programs that focus on education, health-care, sanitation, livelihoods and natural resources management for the less fortunate in society.

Our Chairman, Andrew King conducted a tour in 2017, visiting our Project Partners in the Asia-Pacific Region. This is what he found.

“I am reminded of the harshness that many communities have to face on a daily basis.”

Local resident, Justine, established Home of Peace in 1992 to provide shelter and education for girls from squatter families in and around Malaysia’s capital city, Kuala Lumpur.

The home has been a haven of safety, health and care for many girls over the years.
A larger home was purchased in 2007 as the original small home had been outgrown. This is testament to the dedication of Justine and her team, given she started the home with just two girls in her care.

The main objectives of the home are to tend to the physical and emotional needs of abused, neglected and orphaned children, to ensure these children receive formal education and to equip them to help their families who are still living in squatter areas.

Home of Peace was reliably recommended to us by members of the Christadelphian community, Glenn and Paquita Kennett who have lived and worked in Kuala Lumpur and were particularly impressed by the work and care of Justine and her team of supporters. Home of Peace is governed locally by a committee, three trustees and four ordinary members, and the daily running of the home is overseen by the secretary. 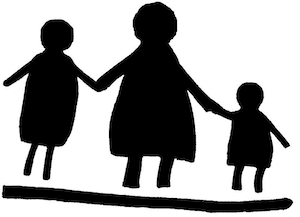 The town of Bhujel sits 6,500 metres above sea-level, in a rough mountainous area about 26 km from the capital Kathmandu. Most of the population have little or no access to schooling; they live in mud and thatch homes with very basic sanitation and open-pit latrines.
The town’s economy is based solely on agriculture, and as a result parents often have their children working on the land rather than attending school.

An education is an opportunity for a child to be literate in a largely illiterate country. The funding is designed to promote learning rather than only manual labour as an option for these Nepalese children. It also provides the children with opportunities they wouldn’t otherwise have – when they leave school they may choose to pursue further education and/or a greater variety of vocations.

Our work with Heritage Children has also involved supporting the development of the Bhujel Orphanage. In 2012 Meal-a-Day funded the construction of permiter fencing, using local materials and labourers – providing security for the children and ensuring the orphanage boundaries are secure.

Heritage Children is a UK-registered Christadelphian charity which has been active in Nepal since 2005, lead by Peter Fry from the UK. The funding is managed on the ground by Mr and Mrs Keshab and Shushma Regmi, “who have a proven record over 20 years in managing charitable projects in Nepal”, says Heritage’s secretary Peter Fry who visits the Nepalese communities on a regular basis.

Getting to school can be a challenge for Karen children who live in poor conditions in the remote mountainous region of northern Thailand. Most villages have a primary school within 10 kms of the village, secondary schools can be 50 kms away and High Schools even further.

Working in partnership with the Karen Hill-tribes Trust (KHT), we support the provision of school bus transport (1 of 20 buses), improved dormitory facilities and food (rice-based) for children of families who cannot otherwise afford it.

The Karen Hilltribes Trust (KHT), a UK-based charity, was founded by Penelope Worsley in 1999 after the tragic death of her son Richard Worsley, who had previously spent six months volunteering with the Karen people. The Trust’s vision is to “see the Karen people empowered to help themselves in a sustainable way” and is being realised through 3 key developmental objectives:

Building on the success of the previous Community Gardens project and partnering with local group HIAM Health, this program aims to make use of the skills and training gained previously to commercialise the gardens and provide a sustainable income for local families.

Being able to grow nutritional gardens has the dual effect of improving child, family and community nutrition and providing additional income through the sale of excess produce.

Timor Leste has the worst child nutrition in the world.

The most significant barrier to expansion to commercial farmer group level of production is access to a reliable, year round water source.
Installation of water storage and water saving technology like water tanks and drip irrigation substantially improve sustainability while supporting higher yields.

HIAM Health was recommended by a colleague of our Asia-Pacific management team with first-hand experience of their work in Timor Leste. HIAM Health is a NGO based in Dili that provides education, rehabilitation and nutrition for families in order to reduce infant and maternal mortality and the social and economic conditions families are living in.

The island of Tanna, Vanuatu, has insufficient food, education, or local economy to meet the basic needs of its village communities.  Local crops have not fully recovered from Cyclone Pam (2015) and have been further affected by ash from the nearby Mt. Yasur volcano and inconsistent rainfall.

Meal-a-Day, in partnership with The Bethezer Fund is addressing the immediate nutritional requirements of students at the Kapalpal Christadelphian school by providing meals to the children, setting them up for better learning.

Meal-a-Day plans to support the research & development of sustainable farming practices, ultimately enabling the villages on Tanna to grow sufficient volumes and quality of food to be self sufficient.